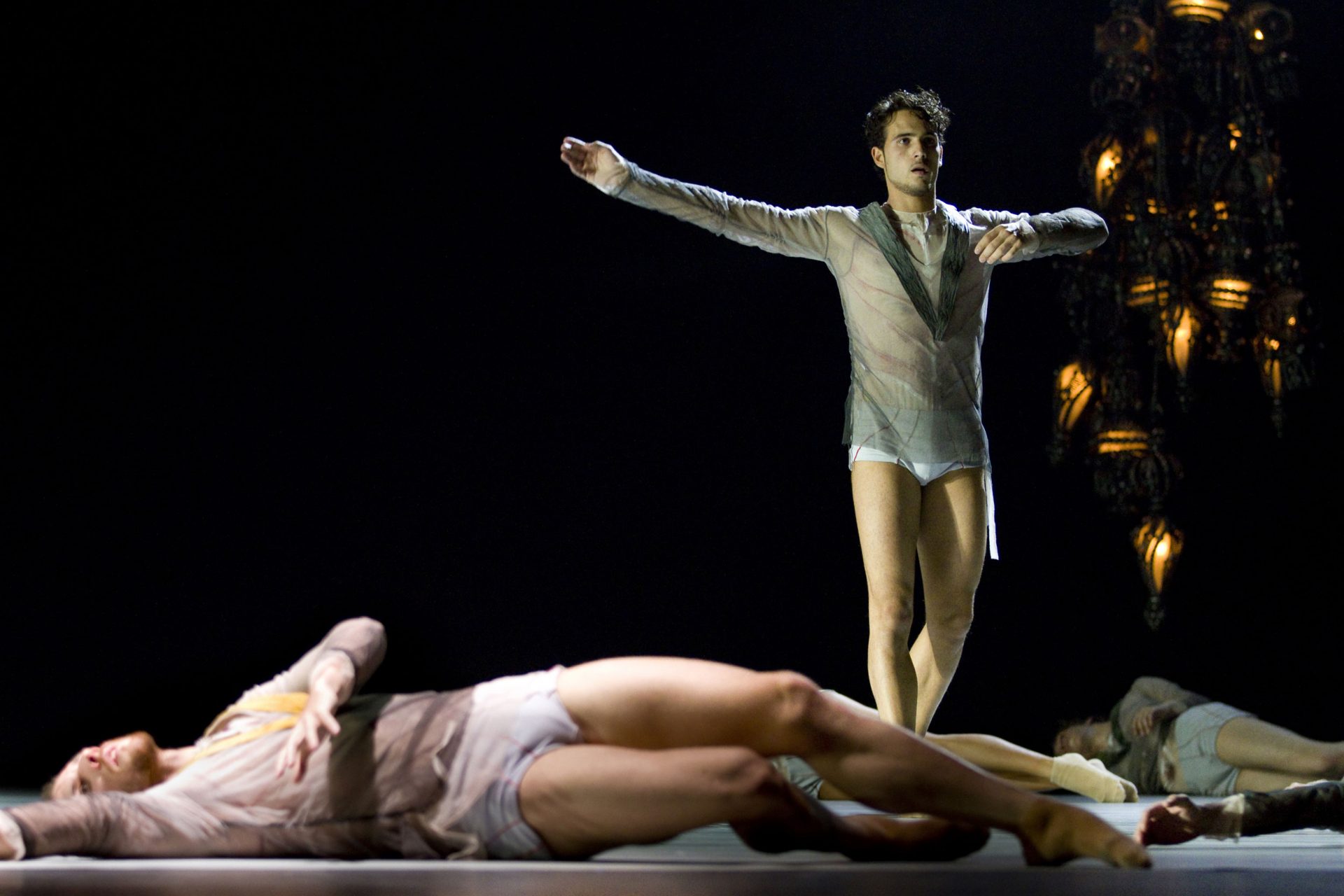 In his “Requiem” Gabriel Fauré illustrates a peaceful image of death. With the choir “In paradisum” his piece ends on a hopeful note. Here, death is returning home into the light, not a gruesome end.

Swiss choreographer Ken Ossola does not deny the spiritual essence of the piece which originated in the end of the 19th century, yet adds a bodily substance that is beyond all religious tradition. 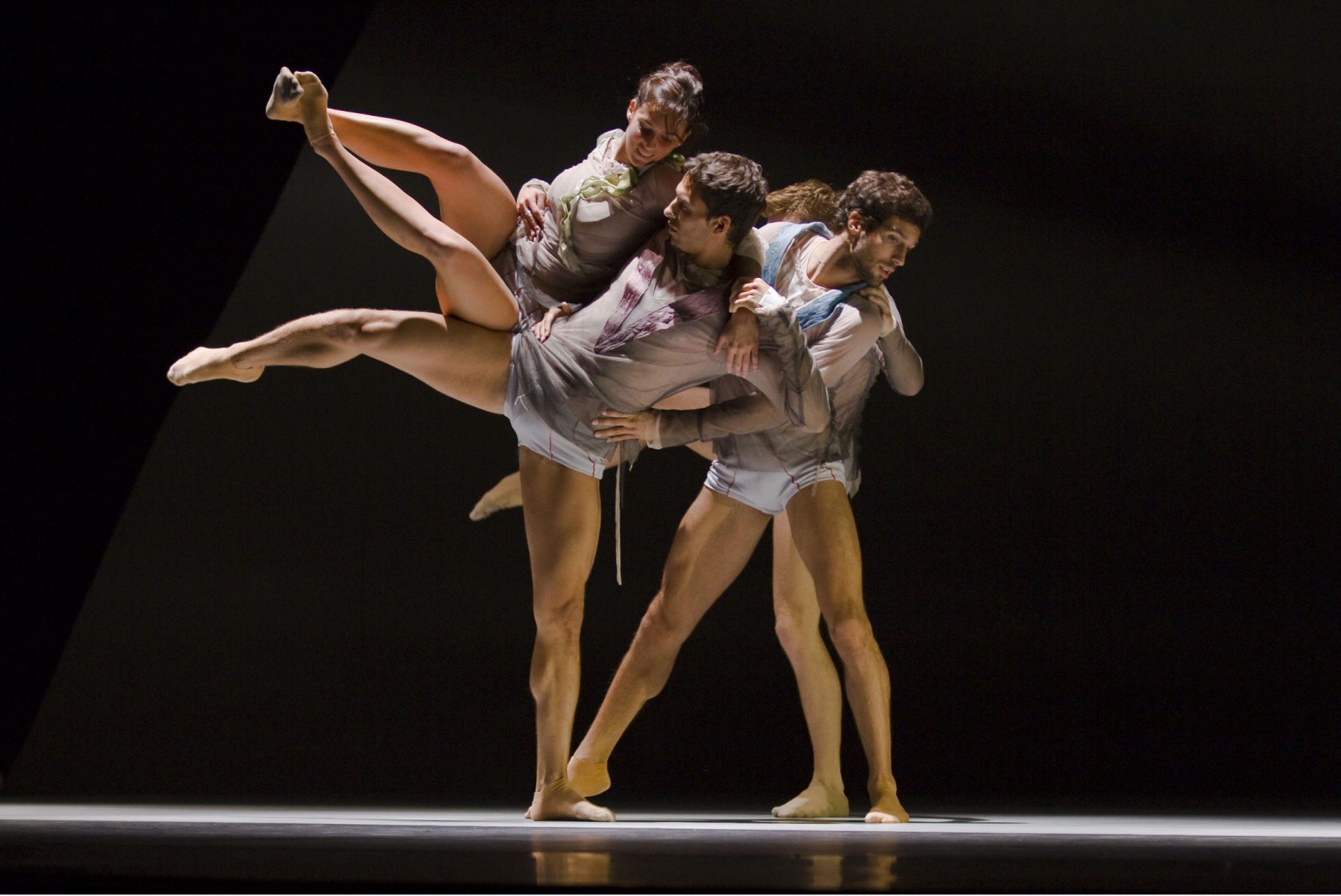 « Those 18 dancers seem to move within a state of ‘in between’, partly returned to earth, partly committed to this profane world. “Lux” is pure beauty where death is no less scary, yet accepted without fear. Underneath silver-grey shimmering costumes vulnerable bodies are hidden; jerking on the floor they indulge in the secret of birth into a new existence. Those transparent shirts show carefully implied wounds that life inflicts upon mankind. Like a light-flower bouquet or a torch traditionally symbolizing death, a sculptural object is lowered from the stage sky, indicating a connection of all spheres.

The deeply touching pas de deux in the end is only one dance miracle among many emotional scenes. As if an angel led the soul to eternal rest that is the beginning of eternal life. An inspiring dance dream that – after 35 minutes – sends its delighted and moved audience into intermission”.

We use cookies on our website to give you the most relevant experience by remembering your preferences and repeat visits. By clicking “Accept All”, you consent to the use of ALL the cookies. However, you may visit "Cookie Settings" to provide a controlled consent.
Accept AllCookie SettingsReject
Manage consent

This website uses cookies to improve your experience while you navigate through the website. Out of these, the cookies that are categorized as necessary are stored on your browser as they are essential for the working of basic functionalities of the website. We also use third-party cookies that help us analyze and understand how you use this website. These cookies will be stored in your browser only with your consent. You also have the option to opt-out of these cookies. But opting out of some of these cookies may affect your browsing experience.
SAVE & ACCEPT